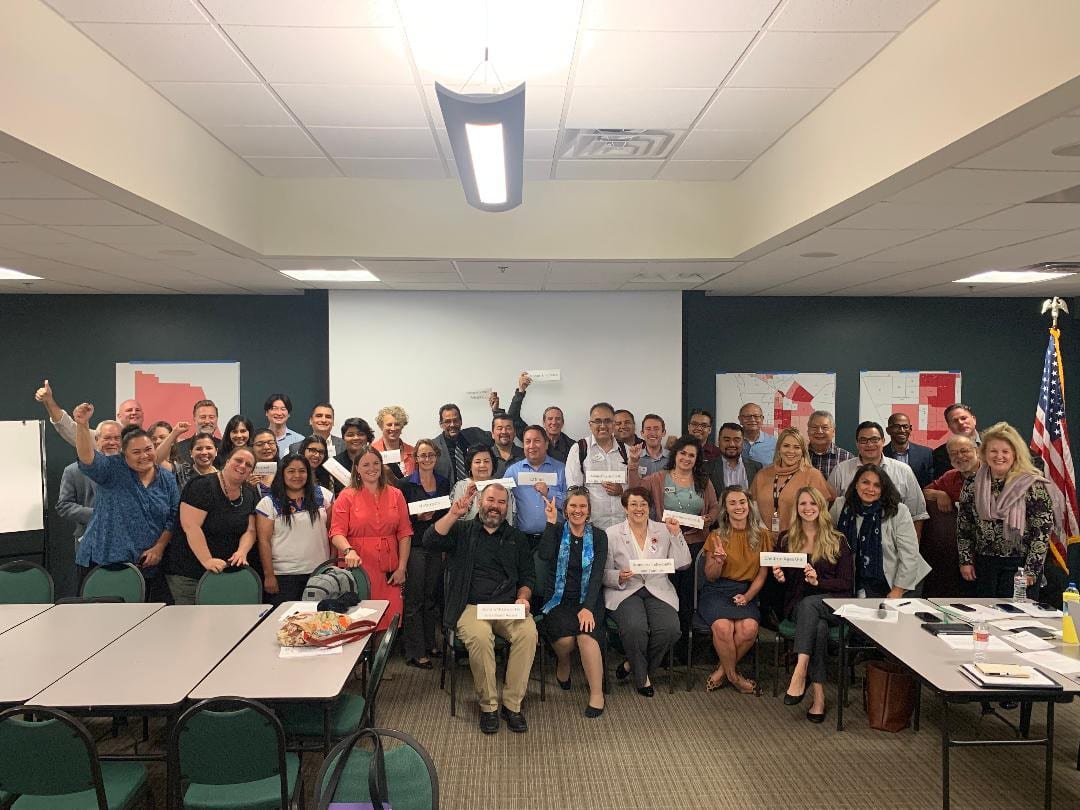 Ventura County and the 2020 Census
by Vanessa Bechtel

Thank you to Our Census Team!

The story of Ventura County and the 2020 Census is an inspirational one that fills the spirit with hope for our collective future. It serves as a distinct reminder of the power that we each hold to make a difference in the world, and the good that can materialize from the sustained efforts of a diverse group of committed individuals that rally together over a unifying and clear message, “Everybody Counts. Everybody Matters.”

As you will read, Ventura County went from being one of the most at-risk communities in the nation to being in the top 95th percentile for an accurate count in the 2020 Census. The exponential impact of this change on our community will last for generations.

Before we get into the history and details of the specific ways that our community has benefited from this historic achievement, it is vital to share that this would never have happened without the members of the Ventura County Complete Count Committee, a collaborative effort involving local government, faith-based leaders, businesses, hundreds of nonprofits, service clubs, and volunteers speaking numerous languages representing the diversity that is Ventura County.

When the COVID-19 mandate hit Ventura County, the 2020 Census had been set to go live the very next day. Immediately, events, information booths, and hundreds of planned activities came to a grinding halt. I worried that the years of hard work and planning would soon all fall apart.

Instead, we witnessed the innovation, the creativity, the generosity, and resiliency that is Ventura County. Within days, literature was being distributed into hundreds of thousands of food boxes and school lunches. Car and bike parades, comedic homemade Spanish soap operas shared on social media, census stickers on Girl Scout cookie boxes, masks for farmworkers, census awareness materials in prescriptions at pharmacies… these are just some of the numerous examples of how volunteers stepped forward to help ensure that the importance of the 2020 Census on our community made its way into the homes of all of our neighbors. It worked!

“It always seems impossible until it’s done,” a poignant quote from the late South African President Nelson Mandela, captures this collective endeavor perfectly. A special thank you to the County of Ventura, all our nonprofit partners, and for the hundreds of volunteers that carried the torch of this most pressing issue even in the darkest of days.

In late November 2017, just days before the start of the devastating Thomas Fire, we were first introduced to the considerable threat of an undercount facing Ventura County in the 2020 Census. A recent study by the Federal Census Bureau had just announced that Ventura County was among the top 2% of counties nationwide at highest risk of an undercount in the 2020 Census – 59th out of more than 3,000 counties!

While a startling statistic, it was not until fully digesting what was at stake that we came to appreciate that the 2020 Census was in fact the most pressing issue facing our community, and one with the longest negative consequences if left unaddressed. Over $2 billion of social safety net dollars for our local communities was estimated to be on the line.

There are four main reasons why participation in the 2020 Census was vital, including that the census:

The census literally governs funding for hundreds of local programs, including rural and industry development loans, job training and other employment programs, healthcare for infants and children, childcare for low-income and working families, water and waste disposal systems, local agencies for food and healthcare, legal services for senior citizens and individuals with disabilities, school lunches, police agencies and community-based entities working to reduce crime, monitoring and enforcing discrimination laws under the Civil Rights Act, and so much more. The full list of funding received in Ventura County alone is hundreds of pages long.

On an annual basis, Ventura County has been receiving $1.7 billion out of the yearly $675 billion in federal funding allocated nationwide every year based on the 2010 census. We quickly realized that there is no way that philanthropy or private investment could begin to mitigate the depth of pain our community would suffer if there was an undercount as projected.

As a reference, each person not counted in the 2020 Census has been estimated to equate to a loss of $2,000 per year for ten years, meaning a family of four not counted would be a loss of $80,000 in revenue for the residents of Ventura County. As was repeatedly emphasized, there are no do-overs in a decennial census and we knew the outcome of the 2020 Census would be with us for the next ten years.

Barriers to Overcome
As we learned more, we came to appreciate the substantial barriers to an accurate count in Ventura County that needed to be addressed. These included a lack of public awareness, a climate of fear among undocumented individuals, many of whom are our community’s farmworkers and vital service workers, targeted misinformation campaigns designed to promote an undercount in California, and the confusion caused by the citizenship question and who has a right to be counted. To be clear, since 1790, there has been a constitutional right in the United States to be counted, and everyone counts, not just citizens.

Other threats to an accurate count included the fact that there are many areas in Ventura County where over 60% of neighborhoods lack broadband access. This was especially problematic as 2020 marks the first time in history that the census moved online.

Even more concerning, was that the Federal Census Bureau study indicating Ventura County to be among the top most at-risk communities for an undercount, transpired prior to any of the numerous devastating disasters, including the Thomas Fire, Montecito Mudslides, the Hill and Woolsey Fires, and the Borderline tragedy.

Ventura County Complete Count Committee
In response to this quiet crisis, a group was formed to ensure a full, fair, and accurate count countywide. Together, we developed a countywide education and outreach plan with trusted messengers from all hard-to-count communities.

Leveraging the talents around the room, eight subcommittees were formed, and we quickly engaged in joint fundraising efforts to strengthen outreach activities and avoid duplication of efforts.
The State of California led the nation in its proactive approach to the threat of the undercount facing our state, and quickly mobilized funding to support our efforts. The County of Ventura made a sizable contribution and cities from across Ventura County stepped forward to help. Overall, the Ventura County Community Foundation invested over $2.7 million in grantmaking for outreach and marketing.

Success
When Ventura County was announced as 157th in the nation for an accurate count out of 3,215 counties, many asked how such a dramatic shift was possible. To go from being most at-risk of an undercount, to one of the very top for an accurate count, is exhilarating.

For what it is worth, my analysis is that this effort was successful because it was not a permission-based approach. We had a clear mission, “Everybody Counts. Everybody Matters,” and repeatedly stressed that people were free and encouraged to do all they could to advance our collective effort. This open approach resulted in creativity and vision that not one of us could have done alone. The fact that the Ventura County Complete Count Committee was a true snapshot of our whole community was paramount. The meetings were a collection of diverse perspectives, multiple languages, and purpose driven action.

Our subcommittee chairs were results-oriented, and we did all we could to incorporate census awareness activities everywhere. I loved that, for the most part, we did not have to reinvent the wheel, but could build on all of our shared resources and individual strengths.

Finally, thanks to the State of California and the County of Ventura, we had access to unbelievable technology and mapping power, helping us to strategically target our efforts and benchmark our results.

The Road Ahead
As we celebrate this important milestone, the benefits of what we accomplished together will continue. We have collectively built strategic alliances and organizational capacities that will live well beyond this effort. I for one, cannot wait to see what we tackle next! 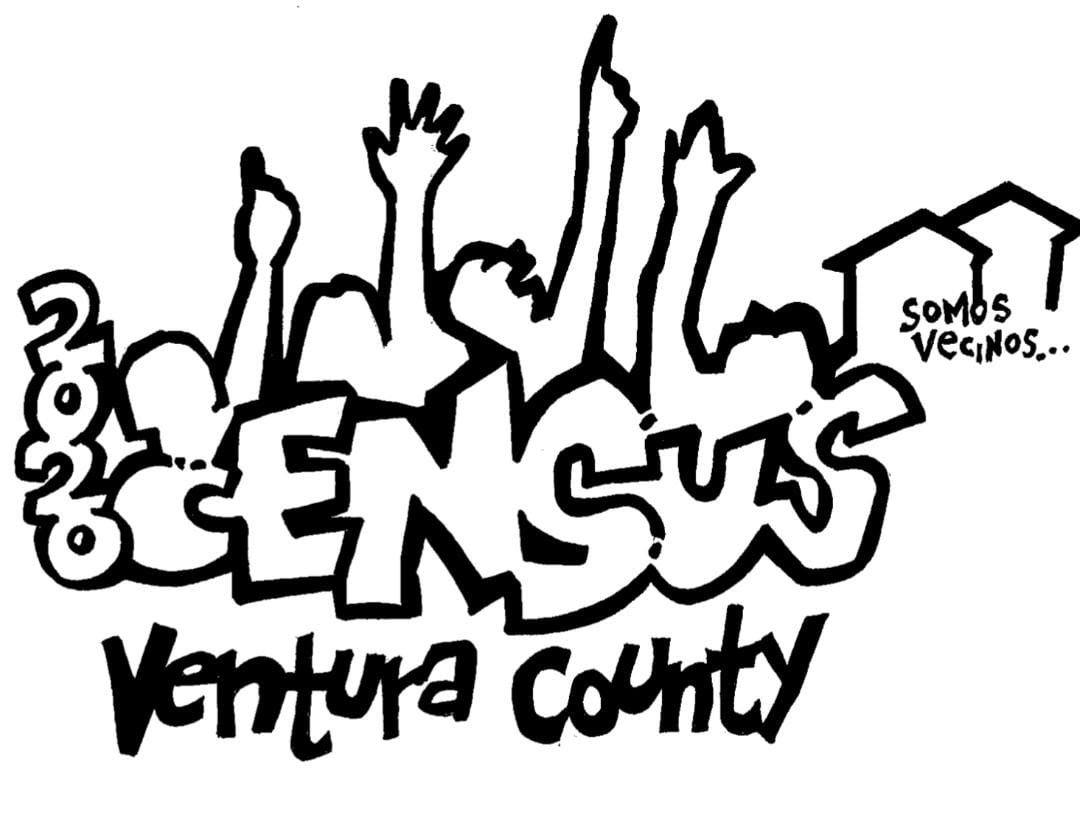